The Know-It-All in All of Us

Michael Eggert is a progressive Anthroposophist in Germany who periodically carries out necessary, trenchant and drily humorous meta-analyses of modern day anthroposophy and publishes them on his blog called Egoisten (Egoists). Here is his latest treatment, reviewing a book written by American journalist Kathryn Schulz all about being wrong --- a topic that Michael applies directly to the followers of Rudolf Steiner and anthroposophy.  I found it so compelling that I immediately worked up a full English translation.  (And on that note, I would like to thank Herr Professor Peter Staudenmaier for helping me smooth out a few bumps in the translation road.)

Being Wrong: Adventures in the Margin of Error
By Kathryn Schulz

In the tradition of The Wisdom of Crowds and Predictably Irrational comes Being Wrong, an illuminating exploration of what it means to be in error, and why homo sapiens tend to tacitly assume (or loudly insist) that they are right about most everything. Kathryn Schulz, editor of Grist magazine, argues that error is the fundamental human condition and should be celebrated as such. Guiding the reader through the history and psychology of error, from Socrates to Alan Greenspan, Being Wrong will change the way you perceive screw-ups, both of the mammoth and daily variety, forever.
------------------------------------

Most of us will do anything to avoid being wrong. But what if we're wrong about that? "Wrongologist" Kathryn Schulz makes a compelling case for not just admitting but embracing our fallibility.

I quote her from the talk’s end:

"If you want to rediscover wonder, you need to step out of that tiny terrified space of rightness. . . . but maybe I'm wrong!"

The Know-It-All in All of Us

Once again I would like to revisit the seminal book by Kathryn Schultz, Being Wrong: Adventures in the Margin of Error where she posits the possibility of being wrong --- what for us is such an essential continuum and what also defines us as a person; because for all intents and purposes, there is an underlying existential presumption that our certainty, our ego-to-world relationship is founded on the very assumption that human beings can in truth be wrong and learn from their mistakes, but not we ourselves:

"A whole lot of us go through life assuming that we are basically right, basically all the time, about basically everything: about our political and intellectual convictions, our religious and moral beliefs, our assessment of other people, our memories, our grasp of facts."

Of course, there are small mistakes that we still might admit to --- but how is it with matters that are really essential for us? How could anyone possibly endure:

"realizing halfway through a lifetime that you were wrong about your faith, your politics, yourself, your loved one, or your life’s work—you will not find any obvious, ready-to-hand resources to help you deal -with it"

---being so totally and fundamentally wrong down to the very foundations of our existence?

"I told you so!" is therefore not only the dogmatic correction of someone else, but also a self-assurance that you are even right in assuming that you are right:

"“I told you so.” The brilliance of this phrase (or its odiousness, depending on whether you get to say it or must endure hearing it) derives from its admirably compact way of making the point that not only was I right, I was also right about being right. In the instant of uttering it, I become right squared, maybe even right factorial, logarithmically right—at any rate, really, extremely right, and really, extremely delighted about it.""

The discovery of being wrong, the possibility of being, in principle, completely wrong about our most important matters in life, is not merely a moral concern: Being-in-the-right actually defines us as a person. Experience any disruption of that definition and the ground is knocked out from under our feet; we come face-to-face with oblivion. We are forced, in such catastrophic circumstances, to rethink ourselves, our relationships --- indeed, to rethink our whole relationship to the world.

Now it may be comforting --- perhaps even in creating a new groundlessness --- that, in the moment of realizing a mistake, we almost always consider the mistake as something in the past --- the mistake is never in the present:

"As soon as we know that we are wrong, we aren’t wrong anymore, since to recognize a belief as false is to stop believing it. Thus we can only say “I was wrong.” Call it the Heisenberg Uncertainty Principle of Error: we can be wrong, or we can know it, but we can’t do both at the same time."

Our mistake vanishes in the triumph of acknowledgement so that the irritation will not become an existential crisis:

"Error, in that moment, is less an intellectual problem than an existential one—a crisis not in what we know, but in who we are."

Argumentative gymnastics aside, being wrong still remains an existential threat. And this all the more so, the farther Schulz proceeds in the course of her book, e.g., citing neurological disorders such as Anton's Syndrome; a possible consequence of suffering a stroke, whereby the fact of one’s own blindness is not just denied, but, in point of fact, it isn’t even recognized. Instead, the patients will confabulate: they pretend to see an imagined visual reality, and they are convinced of the reality of this construct itself. The fantasized world around them is not a matter open to discussion for these patients. They themselves are blind to the fact of their own blindness.

What gives “being-in-the-right” its full vehemence is in its moral implications, because, for Western Christianity since Thomas Aquinas, being wrong is connected with the idea of sin:

"Thus Thomas Aquinas, the thirteenth-century scholastic, held that we make mistakes because, when we were banished from paradise, we were cut off forever from direct access to divine truth. To Aquinas and many of his fellow theologians, our errors arise from the gap between our own limited and blemished minds and God’s unlimited and perfect omniscience."

Thus he who makes a mistake has sinfully fallen away from truth.

By the 20th century that belief had diminished, but error now finds its erstwhile divine opposite number in ideological certainty. Ideologies are the new religions. Wherever an intellectual approach hardens into ideology, there the thinker constructs a kingdom of certainty.

Is that the reason why so many Anthroposophists get so defensive about, for example, the publication of a critical edition of the works of Rudolf Steiner, to the point of claiming “discrimination” against Steiner because of academic research?

Obviously, in such cases, the words of Rudolf Steiner, carved in stone, have become the longed-for realm that is both divine and infallible. What goes unnoticed is that this is actually a projection of medieval notions of truth [that Anthroposophists] perpetuate and immerse themselves in [today]. They feel themselves --- as delegates and “chosen ones” of Michael's wisdom --- exalted high above the kingdom of error.

Unfortunately, with such an attitude, they deprive themselves of the opportunity to question, to think and to learn. They imprison themselves within an anthroposophically-imagined self-referential divine system. --- "Oh, but not we ourselves!" --- This is effectively the cul de sac of the existential anthroposophical path of schooling. For there, it holds that:   he who has lost everything ends up in certainty. This can be seen either as the vulgar branding of ideologized contemporaries --- or else as a condition that in earlier times was characterized as "enlightenment."
Post per E-Mail senden 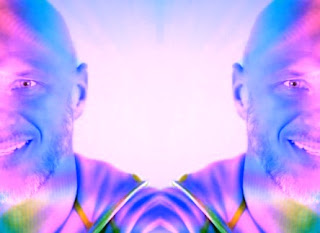 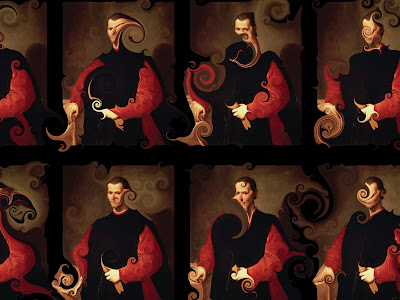 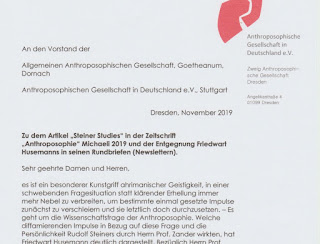 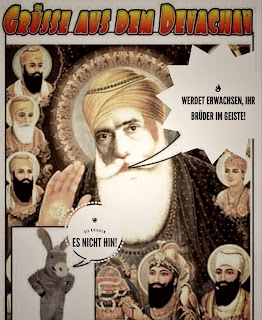 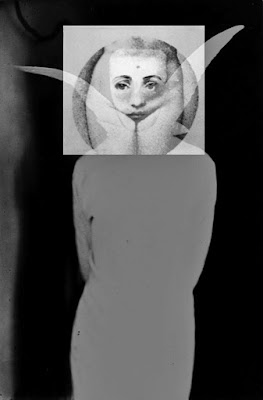